A 48-year-old female patient was brought in for back and neck pain treatment in Chennai. Her daughter accompanied her as she complained of severe neck pain for the last 2 months and associated difficulty in walking for the last 1 month.

When examined by a Spine specialist in Chennai, it was observed that the patient had reduced sensation in the lower half of the body, reduced power of bilateral lower limbs and minimal finger grip on bilateral hands.

The patient had consulted with general practitioners nearby her town. She was treated with pain killers, and rest was advised. It is important to note that no spine specialist surgeon in Chennai was consulted during this period.

Later, one of our orthopaedic colleagues saw this patient and he requested an X-ray of the patient’s neck. On further study of the X-ray result, it was revealed that there is some bony destruction in anterior neck bones and mal-alignment of the cervical spine (part of the spine in the neck). Henceforth, the patient was referred to us.

First of all, a detailed assessment of the medical history of the patient was done. Secondly, a thorough examination of the patient was carried out. Thereafter, we requested an MRI scan of the neck with whole spine screening, expecting some serious pathology in her spine.

In the MRI scan result, we found out that the patient was having pus collection with bone destruction in her cervical spine bone causing severe spinal cord compression. Probably tuberculosis of the spine.

India has the world’s largest tuberculosis epidemic. In 2020, India accounted for 26% of the incident TB cases across the globe.

Thus, we explained the medical condition of the patient diagnosed to their relatives and further described the problem. Furthermore, we educated them about the need for surgery to relieve the spine compression and stabilization of the spine to maintain the spinal alignment.

Additionally, we simplified the complex matter and told them that we are treating the spinal compression and spinal instability. And if the biopsy done during surgery has revealed tuberculosis, it is mandatory that the patient has to take anti-tubercular medication for the next 9- 12months. That medication is the key to the complete cure of disease.

After getting the approval of the concerned, we planned to do anterior cervical decompression and stabilization with plates and screws. 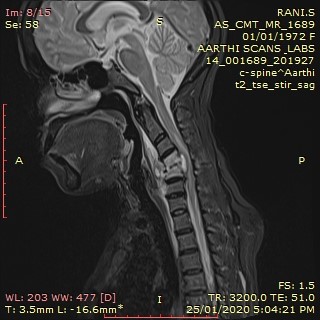 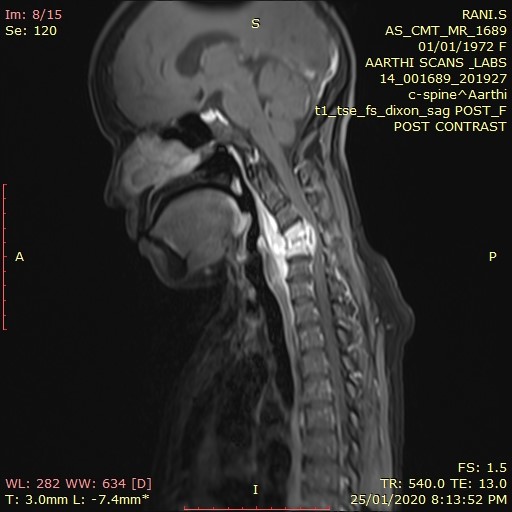 Dr Vignesh Pushparaj is one of the leading spine doctors in Chennai. Also, he is among the top spine surgeons in Chennai who successfully treated countless patients with spine diseases and other disorders. Book an appointment today!